Gentle thumbs, feminine thumbs
Fondle my forehead like autumn chill
Imogene, so fair and dumb,
She grasps my thoughts until they're shrunk
And sweeps the branches of my headache
Under her palm.
She makes it easy for my train to slide
Beyond my eyes, inside large Technicolor boxes
Piled up on villages of coal mines,
Population linen and chants,
And spinster daughters of cinder.
White is her element
Her silence focused and concerned
She knows her lullaby is here just for the summer
Then I will have to shoot my thoughts alone
Just like I did in century nineteen,
On my beige horse,
When people were dressed in chiffon,
Their bouquets gathering four fingers each,
Gold filaments kindly inviting me to tea,
Kindly inviting me to stay inside a nutshell,
Where cuckoos dare,
And there is no one else to hate.

Long-haired girls dressed up as Pisces
Buoyant maidens stagger seas far from their native shores
Black, raven, and blonde,
The mystic seams of laughter
Virginal landers on so cold a platform
Become filtered by Scotland, where red is the rule
Black, raven, and blonde are sent to brothels
"Exotic misconduct", the euphemism of their rebuttal
As well as their appeal
Fiona, Fiona, the undressed dame running on snow
From graveyard to kindergarten
And vice versa, just for the chills of winter touch
Driven insane as tribute to the artistry of contrasts
Ocular gray and fire, the substance of her madness...
Fiona, I am the raven girl, let that be
A complement to white instead of crimson
Allow me to be my hair, and not my gender
I never chose to begin inside this absence
Honing its own survival,
My addiction to not being seen
Do not deliver me to all those armies grinning downstairs
To conquerors denying their sores the proper medication
Alexander and Charlemagne, the Prince of Aragon,
Wearing trim continental hats,
While the piano is played by a topless Creole
She looks tired, though not particularly hurt
Did she fight being chosen?
Will I fight wanting it?
I am afraid to land on no apologies required
I am afraid of Scotland, it's so wild.

An architect's taste in gothic

Words jostle in my mouth
Trying not to be enemies
But then I see you, and they hide
Confined to the rigors of bashful solely
And I become plain crumbs of me,
Some odd Egyptian crypt delivering a beam
Before your look away shrouds it in beige tarpaulin
Words stray from me as you forget to nod at them
And build up silly instead,
Or my tragic feeling of it.
The hungry motion of your eyes
Disjoints my self-awareness,
And throws me inside tiring interludes,
Where all I'm given is a comb.
My chatter thieves both of my hands –
Left mocks me with incorrigible farewell
Whereas the right pushes me in your greeting.
My final voice slides through your cleanly ears
To thoughts opposite to me,
To memoirs devoid of Chekhov…
But for some reason, I never stop putting on rags,
I never stop to learn the graciousness of quiet,
Of muslin walks through my inlying Yorkshire…
I comb myself to death instead. 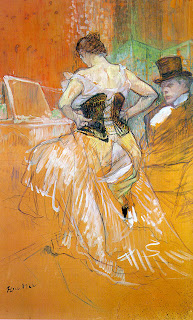 A stream runs through me with my birthday present:
An old decrepit stage
It cracks each time my thumbs caress the footprints on its surface
The holes through which I eavesdrop in the damp wood
Mimic the outlines of my curious ear, drawing a seashell
To my childish delight, their prosthetic Abracadabra;
I capture music that has never been recorded
Tinkles forever in rehearsal,
Unable to eschew ingenuity
However under pretense of perfectionism.
And so I see The Follies crazed and vivid in the backstage
Waiting for a command to pop out
Hoping to turn a foot stretch in a proud step,
And then another
But then remembering they're not allowed
Remembering they have not yet to master tiptoes;
It's quite a life form what they share in the unseen
Parallel to the red curtain –
The laughter and the small talk;
They blush while gazing at the oval they so wish to dance on
In order to be baptized –
Identity papers only lie in beauty;
The limelight is a hoarse seduction
Prepared to ossify their chuckle in a diagnosis
Of lunacy and nearing death
A black voice gently orders them to step ahead and learn
A lesson in grace and suicide:
Chin up, shoulders pulled back adroitly
Precision in the spreading thighs
Toes skimming wood while jolting
All replicas of jolly living
And so they find they cannot match the blubbers of their nameless frenzy
With symmetries ending in a rhyme,
A vertical demeanor back and forth
No thumb's allowed to wave or scratch their heads outside the repertoire
No arm can curve while halted by a sudden thought
Just mournful lines in compass motion, they render
Flawless calligraphy in thinking
Their soul assassinated for a baptism.
They conjure red ink to usurp my stream
Proud to be worth every carnation they are darting
On the dance table where I'm auditioning now.
Photo & Source: "Woman in a Corset" by Henri Toulouse Lautrec –www.artunframed.com
Publicat de Cora Manole la 07:35 Niciun comentariu:

The laddish gait the cigarette flaunted in the beginning
Dissolves in silence,
Imminent orange reduces it to bleach deformity
And then to sticky powders of grey,
Turning the O-shaped wonder of ashtray in a sense of eerie.
I'm lying scattered on the couch beside it
The phone cord captures the uneven motions of my thumbs
Converting them in Doric demands;
And so I have to teach myself the hide and seek
The sole back door for blood flow
Throughout this treaty for grandeur.
My walls are gnawed by rabid colors,
Bare diaphragm for Bedouin legends
Of eyeballs sneaking
Battles ending in suicides flaring upon them
Just as the sun is turned off by my aptitude for fearing...
I don't quite know where this sequence began
All I can see is my afflicted body
Dying for some translation of its nightmares;
And then
A foreign voice slips mildly in my head
Sheer clairvoyance, rooted beneath relentless centuries of granite
In eyebrows untrimmed
Proverbs turn up to spot each grin of my annoying folly,
Hoping to send them all to boarding school.
And while I hear the gentle utterance on the spirit of my visions
Draining like gracious sand from my black telephone
I'm undressed and asleep;
How odd that she should come upon my nightmares
And peel their shrouds off while I'm dormant,
How grim her haughty logic should be a limb of dreaming...
The cord entwines my hands
And I am floating somewhere gluey, equivocal,
Between colors defined,
Maybe behind the retina of blind;
I'm shunning every trick beyond the diction of salvation,
Yes, I am sad to say
I've been past scalpels and Gesundheit for some time now.
Publicat de Cora Manole la 04:31 Niciun comentariu: